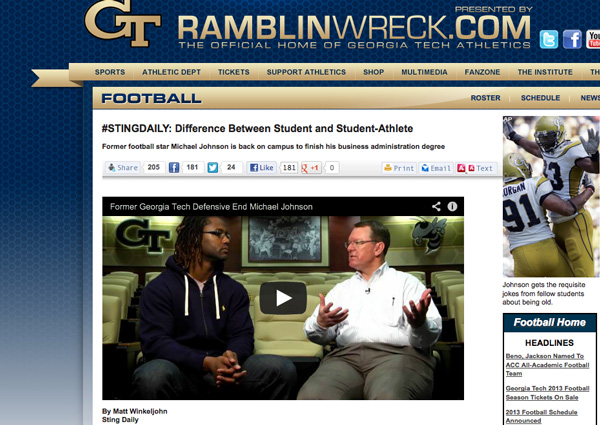 Former football star Michael Johnson is back on campus to finish his business administration degree.

Much has changed for Michael Johnson, and it goes well beyond the fact that the Cincinnati Bengals’ defensive end is thicker than when he played for Georgia Tech.

He’s back on campus, and taking three classes toward an eventual business administration degree. Class is not the same as it was for him from 2005-2009, when he was drafted in the third round by Cincinnati. There’s a difference between a student and a student-athlete.

read and see the interview: #STINGDAILY: Difference Between Student and Student-Athlete