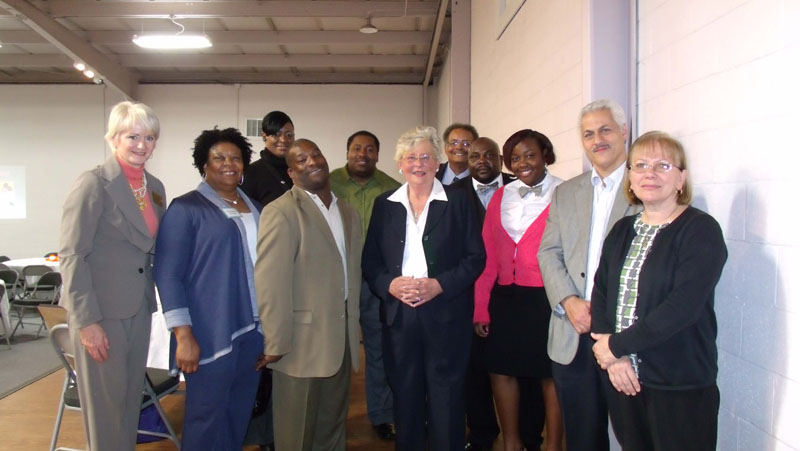 NFL player Michael Johnson’s first MJ93 Microsoft Certification Program was a Touch Down for 6 Graduates!
And a Great Honor was Bestowed on the Athlete/Activist

As a result of his commitment, diligence, and philanthropy, Michael Johnson was awarded a certificate by Ivey making the Selma native an honorary Lieutenant. Governor of the State of Alabama!

Bengal’s Defensive End MJ is Unwavering in His Dedication to His Hometown of Dallas County
Lt. Governor Kay Ivey of Camden, Alabama, was the guest speaker at the event. She has a background in education and addressed to the accomplished students the issue of technology being the future and the necessity of preparation for the impacts that technological advancements will have on the world.

As a result of this new initiative, the 6 graduates learned useful skills, received a new laptop and materials to prepare for the computer technician certification test.

MJ93 paid for the entire cost of training for the students.

Ivey, commended Michael Johnson for the heart and the vision for starting the program. The Lt. Governor encouraged the students to use the knowledge that they were giving them and congratulated them on being the first graduate class of the initiative.

“It was exciting to have the Lieutenant Governor speak at MJ93’s 1st graduation, and present my son with this great honor” Johnson’s mother, Thomasene, said. “She is proud representation of the Black Belt community.”

The computer initiative began in July and trained adult students to be computer technicians!
.
“This is a high-end course,” Ford said. “Most courses just teach Microsoft Office or basic skills, but we take the next step. People can get a high-end job skill.”

He said the class is vital because of a low technological skill level in Selma. Thomasene and Ford came up with the idea for the computer technician training after Michael’s football camp last year. Microsoft held a workshop after the camp last spring.