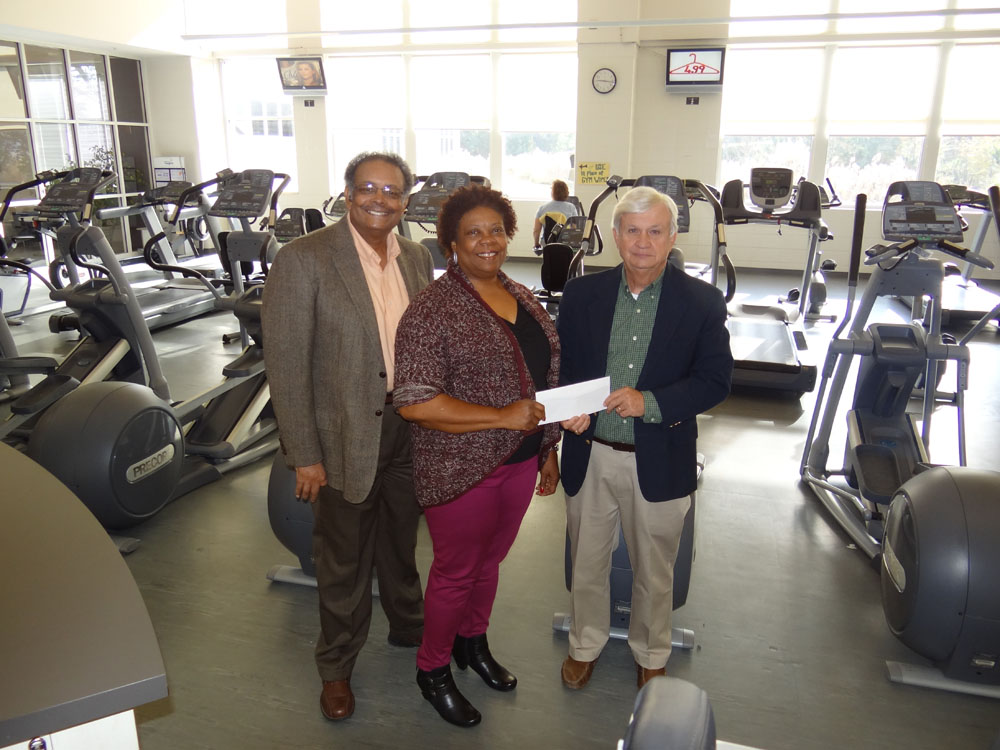 Michael’s Parents Sam and Thomasene as board members of the MJ93 Fund donate checks to the YMCA ($10,000) and J. E. Terry Elementary School in Plantersville, AL ($1,300).

Donation to the Y is for the Save the Y Campaign.  Michael has been a member of the Y since he was 4 yrs. old.  He started a pre-school program there.  Over the years, he participated in an after school program until age 12, learned to swim, played basketball, took gymnastics and karate classes.  He still goes there to work out when he’s home.  The Selma YMCA played a big roll in his character building.  The picture was taken with executive director, Bill Porter.

The donation to J.E. Terry Elementary was in support of a new playground, a PTO project.  The picture is taken with the president of the PTO, Mrs. Heather Wright.