LEARNING FROM A PRO: Johnson comes home for camp 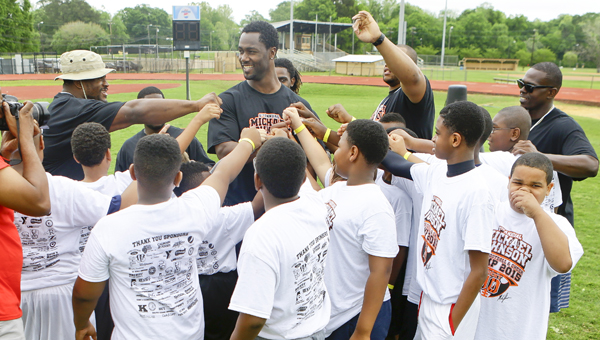 Published in Selma Times-Journal by Alaina Denean on April 18, 2015

Wide eyes and smiles appeared on the faces of more than 200 children Saturday as they listened to NFL star and Selma native Michael Johnson at Memorial Stadium.

Johnson, defensive end for the Cincinnati Bengals and founder of the MJ93-90 foundation, made his way back to Selma for the sixth annual Michael Johnson football and cheer youth camp, where he taught the young players more than just on the field skills.